I decided to study the topic of the engagement of contractors after working very closely for two years with the project department of an organization that used contractors almost exclusively. This organization, a mineral extraction and processing business, already had health and safety structures and systems, and, of course, like many others, specific requirements for subcontractors. When the company set up the project department, which would be using subcontractors extensively, the people in charge reflected on how to best deal with prevention matters with subcontractors.

These people, my clients, laid the foundation of a thought process that I explored for the 3 years that followed, and very probably for many other years, as part of my doctoral studies. How to promote health and safety in projects requiring subcontractors? Should we be stricter or, on the contrary, more understanding? Can we be even more successful in this regard with subcontractors than with our organization’s direct employees? All these questions were the starting point for the research I undertook, which finally boiled down to the following question: “what makes a subcontractor decide to engage with health and safety or not?” We’ll come back to this question and the answers I found following a contextualization of the outsourcing situation.

Contractors are a risk themselves?

Here’s a joke I hear every once in a while, when talking about risks with a group of workers: “You know, it’s really not complicated—the risk here is my coworker, ha ha ha!!” This joke may be funny in some contexts, but I realized, after a few years working in prevention, that that’s exactly the way contractors are seen: as being the risk themselves. Last week, I opened a risk analysis document sent by a client only to realize that the first risk on the procedure was “work done by contractors”. It let me wonder “how prevention had gotten there?”. To consider a person or a group of people as being the risk gives me a feeling that prevention has taken the wrong path.

Contractors are more exposed to risk

Studies carried out to determine the effect of outsourcing on health and safety performances have, in general, identified a negative effect on health and safety performance (Hasle, 2007). More specifically, these studies show that there are higher accident rates (Johnstone et al., 2003) and that accidents are more critical in severity (Muzaffar et al. 2013). Research conducted through the years has tried to explain the phenomenon by pointing to different reasons and has proposed various solutions, including recommending stricter laws and regulations, encouraging greater cooperation between contractors and owners (Brun, 2004), carrying out better risk analyses and doing so jointly, considering the time subcontractors spend on site, and recruiting subcontractors known for their level of safety.(Valluru and al., 2020, Nunes, 2012, James and al., 2007, Nygren and al. 2007, Huang and Hinze, 2006, Clarke, 2003).

The angle of engagement for this study was chosen after much reflection and exploration of the literature and a qualitative study was carried out to achieve the results obtained. However, because this article was not intended to be the ultimate scientific article, we will spare readers the methodological details and even the data and data analysis and focus instead on a few practical conclusions and interesting discoveries for better prevention with contractors. It is appropriate, however, to mention that the theoretical framework used was that proposed by Michel Crozier and Erhard Friedberg in their work “L’acteur et le système” (Crozier & Friedberg, 1977). This is worth mentioning because the article suggests an approach that considers subcontractors as real actors, as opposed to a view in which they would be mere performers of work in exchange for payment, as established in a contract. The findings can be considered as compatible with the new approaches as brought by researchers like Hollnagel (2015) with Safety-II and the work of Sidney Dekker. This article is written especially in the context of HSE congress in Berlin 2021 and is inspired following a Master degree “mémoire” done at University of Québec in Chicoutimi.

The findings of this exploratory study allowed us to determine that contractors act as actors and make health and safety decisions based on their strategies. This strategy is influenced by several elements. Therefore, the belief that a contractor performs work for the sole purpose of receiving the money provided in the contract is too simplistic to be applied in real life and should be rejected out of hand by anyone wanting to achieve better OHS performance. It would be more accurate to consider contractors as real actors and accept that they have many different goals and concerns that influence their decisions.

Working on your project is not a contractor’s sole goal

It would be important to try to depart from traditional understandings to identify a project’s goals and issues, considering both the contractor and the owner. For example, in a critical project for the owner that they must successfully complete to boost their production, image issues have to be taken into consideration right away on the owner’s side: it is very likely that the owner will want the project they complete to be considered a success. On the subcontractor’s side, if it’s a major project for them as well, and will allow them to position themselves as the service provider of choice in the owner’s eyes, we have a situation in which the issues are complementary between owner and subcontractor, if not similar. This situation encourages the integration of health and safety into work because it brings about a spirit of partnership and a shared desire to succeed in all aspects of the project. That may seem obvious, but many contractors are required to do work in a very different context: in some circumstances, speed of execution is the main reason the subcontractor is hired, or the work performed is of secondary importance or presents no technical challenge, no potential for the subcontractor’s work being recognized. In such circumstances, the subcontractor’s strategy may less effectively integrate health and safety. The goals and issues of the subcontractor and owner may vary and lead to situations less favourable for health and safety. It would therefore be appropriate to reflect upon the other goals and issues that the owner and subcontractor are faced with apart from the desire to perform short-term work. There is often a lot more in the relationship between the two and a “game” that unfolds between them, including several factors such as costs, time allocated for the project, quality requirements, etc.

Among the goals and issues that a subcontractor is faced with, image is one that has a significant impact on their decision of whether to make health and safety part of their strategy. Thus, it would always be appropriate, when hiring a subcontractor, to ask: does their image depend a lot or not at all on their health and safety performance? Is this subcontractor central to the project, and will being exposed to risks also cause real damage to their image, or, on the contrary, will it go unnoticed or even benefit them? Conversely, could working safely in spite of the constraints it may cause strengthen their image as a subcontractor in a critical project? These questions, although they may seem obvious to some, are not, and there are likely to be a variety of answers, even within the same contract.

Having resources and being a resource

The resources available to subcontractors in achieving their strategy also affect their decision about health and safety engagement. Time constraints affect their profitability as well as that of the owner and can have a negative impact on their engagement decision. The availability of human resources, on both the subcontractor’s side and the owner’s, to plan for and ensure workers on the site, has a significant impact on the decision concerning health and safety engagement. It is important to be aware of time constraints and parameters related to financial resources in order to assess the risk that these factors will influence the engagement decision. This aspect can be incorporated into the project’s risk analyses and should be taken into consideration in the planning phase of any project involving subcontractors.

Moreover, situations in which the subcontractor constitutes a resource for the owner in the achievement of their own strategy tend to favour the subcontractor’s decision about health and safety engagement. This situation is also particularly interesting because certain contracts require work of lesser importance of a subcontractor, who may be less supported or central to the project, without any real technical challenge. This is the case, for example, of certain subcontractors providing pre- and post-work cleaning services, scaffolding services or those performing tasks that are simple and of lesser importance than the “real” projects. The decision to become engaged in health and safety is less likely in these cases where the subcontractor is not at the centre of a partnership that’s meaningful for themselves and the client.

The power relationship and systems: a sound alternative for promoting OHS engagement?

Most of the time, the power relationship between the actors favours the owner, who is positioned as the client. Can the owner then force the subcontractor to become engaged in health and safety by making threats to coerce them? Although it may have some impact, this approach has its limits, because the owner’s concerns (costs, timeline, image) don’t really or easily allow them to “punish” a subcontractor by removing them from a project while a contract is underway, even though this alternative is often mentioned by owners’ project managers: “Being safe is a part of the job and we’ll hire another contractor if this one doesn’t comply with safety requirements!” Once again, this approach belongs to an old paradigm in which the owner doesn’t establish a real partnership, in addition to being implausible because changing a subcontractor while a project is in progress is expensive and very difficult.

Furthermore, in this regard, our research also suggests avoiding adding more systems aimed at increasing the traditional, bureaucratic control over subcontractors. Instead, it’s better to focus on the quality of the systems in place by ensuring their monitoring and evaluating their performance, as proposed by Dekker and Pitzer (2016)

Culture is also in the picture

The identity and culture of the subcontractor and owner influence their strategy, which may have an impact on the subcontractor’s decision about health and safety engagement. It would be appropriate to add elements of culture to the subcontractor prequalification process to determine whether health and safety are an integral part of their identity and culture, because this also influences their decision to engage. Overall, either when considering culture or the other suggestions of this research establishing a strong and trusting partnership with the contractors is a good way to go.

Although considering all these elements may seem like an extensive work, my research is leading me to one main thing to remember: the contractor is not the risk that you should control with more rules and considering them as real actors can be the starting point in a paradigm shift on prevention withing your whole organization. 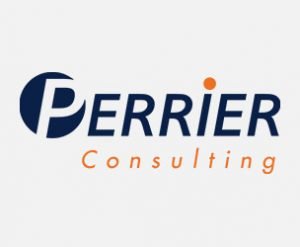